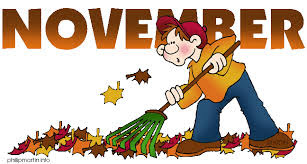 It has started to snow in Japan and snow is piling up right outside my window! November had been a very interesting month thus far, having to see STI reaching 3,4XX and learning pretty much on the crazily volatile crypto market. Also, on a side note, I've been pretty busy over the last 2 weeks due to work and having that said, I've not been able to trade frequently.

I've also decided to include my Cryptocurrency funds into my portfolio. As the funds are in USD, I'll be converting them into SGD based on DBS forex rates prior to jotting them down. And as of today, USD/SGD Buying back rate from DBS stands at 1.3327. As such, with my funds of 824.41 USD, it will be equivalent to S$1,098.69.

Currently, at this point, I do not hold any position with any coin, hence they're all in USD. And I'll be able to cash them out into SGD at any point of time. 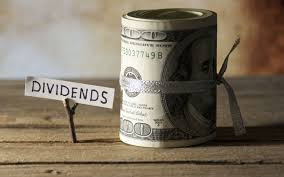 The month of November is also a dividend racking month. I've received dividends from Starhill Global REIT, Guocoland and have subscribed to FCOT's script dividend. No share transaction this done this month.

On a side note, my SGX portfolio is being slapped and most of them fell this month and some companies are falling into my radar for more accumulation. Fortunately the gains from cryptocurrency is pulling it up healthily. Seems like I must be gearing up for a shopping session soon.


Singtel has announced it's 2Q18 financial report earlier this month and declared a special dividend of 3.0 cents for the successful divestment of Netlink Trust on top of it's usual interim dividend of 6.8 cents. It is known that the dividend payout for FY2016 and 17 has exceeded the FCF generated by a mere percentage for the respective years, which comes into question if the dividend of Singtel is sustainable.

A big question also comes in when Singtel's mobile business in Singapore is under threat by the entrant of 4th Telco - TPG. However, as Singtel derives only 11.5% of it's revenue from this business segment. I feel less threatened.

This one time event of divestment gain from Netlink Trust has also bumped up the FCF, improving it's situation. This also creates more cash for Singtel, which they would be able to use the proceeds and channel it into other investments.

Singtel continues to be in my watch-list and I'm a happy shareholder of Singtel.
I'm prepared to accumulate more shares of Singtel should the price fall. 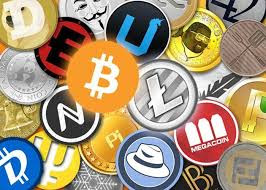 Cryptocurrency is something that I had my toes dipped into this month and I've been trading them. However due to my schedules, I've not been trading very much recently. I've learnt pretty much from the crazily volatile market as well as reaping myself a small little gain, all thanks to beginner's luck. This week had been a bloody week for the crypto and most are in reds. I view this as a healthy event where traders are taking profits off their tables.

I've entered the game with 500.00 USD and today, I'm having 824.41 USD in my cryptocurrency funds. This translates to a 64.88% gain over the past 2 weeks. On a side note, USD has depreciated against the SGD and the rates are getting from bad to worse.

Here's an overview of my crypto transactions:

Some may notice here that, if I were to hold any pairs, I'd probably have a better P/L off trading it. Oh well. I must not be greedy and be thankful for the beginner's luck.


Read: A week as a cryptocurrency trader - Results

AIMS AMP Capital REIT has also announced a private share placement last week and will be giving an advance distribution for FY2018 Q3 till 30/11/2017. A dividend of 1.91 cents will be distributed on 17/01/18. Proceeds will be used to pay off debt, creating additional debt headroom for future acquisition and AEIs.

This private placement will actually cause the shares to be slightly diluted and impacting on the upcoming DPUs. In another words, I foresee that there will be a decrease in the upcoming DPU, as the same pie is being shared by more people now. However, should there be some positive rental reversion, this event could be waived off, let's hope that AA REIT will be baking a bigger pie for more this time round!